I know it’s late, but that’s how I roll…

I sat in my therapists office as he railed on about worry and fear, telling me: “don’t worry about yesterday, its in the past and you can’t change it. Don’t worry about tomorrow, it isn’t here. Focus on today only.”

I’ve often joked about how my life could have been so different if I had actually taken his advice and focused on “today only”. My young, impressionable mind could have become royally obsessed with the Towers, the airplanes, the people.

Instead, I still fear the past, I still worry about the future and I can’t relax today. Instead, it took me years to process what I’d see and heard that day. The conflicting actions of the people in my life who were supposed to help me through it. Viewing that much hate and that much love and still so much indifference all in a span of a few hours left me with a lot of confusion.

Even further down the years, I’m married to a soldier. He’s fought in the wars that started that day, as has his older brother and so many other men and women. Not all of them come home. When you look at the death counts (a phrase that shouldn’t even exist), do you just count those in the Towers, the ones in the airplanes and the ones in the Pentagon? Or do you remember that so many more have died as a result of that day? Each soldier, contractor, or civilian who has died in the wars of Iraq and Afghanistan has died because of what happened September 11, 2001.

Let’s remember this, when we look at other war-torn nations and think we can help. Decades ago, we thought we could help. Today, we mark the anniversary of the day that help bit us in the ass.

“The United States gave the Statue of Librarity (lie-brair-ity) to France but they gave it back so now they don’t have one. Neenar, neenar!”

This dear folks is how my daughter relayed the history of our great lady. She knows that we have the Statue of Liberty in New York. She was reading about how France had one too and that ours was a gift from France. It never occurred to her there might be two statues of Lady Liberty standing proudly in two separate countries. Her fact checker needs to be fired. 😉

In fact, just a quick Google search will reveal that there are over a hundred “Lady Liberty’s” worldwide. The first (original) was much smaller and she resides in Jardin du Luxembourg, in Paris. A panel along her pedestal claims that she was a bronze model used by Frédéric-Auguste Bartholdi in preparation for his work on the New York project. The two Ladies, the original in Paris and the statue in New York, have dates of their inaugurations printed on their tablets. While these dates are unique, as each country held it’s inaugurations at different times, it’s a pleasant thought that our girls have something in common.

Shout out to our home girl in Paris!
Image via Wikipedia

I don’t usually find history entertaining, but the story of our Lady Liberty came to be is remarkable.

It started with dinner. Our country was about to turn 100 years old and the French decided we should celebrate. An agreement was struck between the French and the Americans. We would build the pedestal, they would provide the statue. This was a brilliant agreement, in my opinion, as both nations weren’t fairing so well financially.

Though the statue was commissioned in 1865, in honor of our centennial in 1876, it did not, in fact, arrive in the United States until 1885. The pedestal, as it turns out, wasn’t ready on time either. Like I said, both countries were having financial hardships and being that it was a “French” statue, France had a much easier time procuring funds. Excitement was higher in France, than the States, but some of that changed when the statue arrived. The pedestal was finished in 1886 and it took four months to reassemble the old girl into the statue we see today.

Our statue’s inauguration took place on October, 28, 1886. That’s ten years AFTER our centennial, but a Lady must take her time in looking her best, so we forgive her. Better late than never, after all!

Image and history lesson via http://statueofliberty.org/Statue_History.html 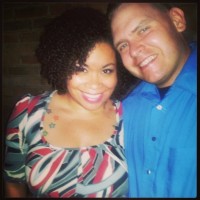